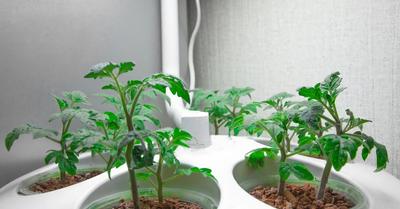 Have you tried growing plants at home and failed? Soil and aeroponics are different growing methods that work uniquely. But which is better for growing plants?

The age-old debate that has been going on strong since people started growing plants indoors. When you look at the two, it can be difficult to see where one ends, and the other begins. Both methods of growing use water and nutrients, both have their pros and cons, and both have very loyal fan bases.

Soil growing is good for the soil and the environment. Aeroponics is good for plants, water, and electricity. Soil gardening method involves growing plants in a bed of soil. With aeroponics, plants are suspended by a support system and the roots are sprayed with nutrients.

From environmentalists' point of view, especially NASA, aeroponics surpasses soil with massive benefits as growers globally prefer it due to its system. Its growing system entails cleanliness and proficiency since it uses mist or sprays, thus easy to operate.

I will cover aeroponic’s benefits and compare it against soil-planting to show facts behind farmers' preferences and NASA's claim. Also, it will state the differences and what to recommend to the farmer between the two systems.

Aeroponic is a revolutionized urban method or system used by farmers to grow their crops and gardens through a systematically controlled environment. Its development requires growers to utilize spray or mist due to the suspension of the plant's root in the air. Growers can maximize small spaces in their little urban gardens using A-frames or horizontal boards.

Which Method Is Better, Aeroponics Or Soil?

The following are some insights into the preferences and benefits of an aeroponics system against soil planting.

Aeroponics is more expensive than soil-planting at initial operation or start-up costs, but growers will eventually manage their expenses in such a controlled environment. In contrast, soil-planting will lead to ever ending increase in operational and maintenance costs due to soil quality, purchasing of fertilizer for pest control, and other related factors.

In addition, a farmer will experience zero costs when opting to use soil plantation, whereas aeroponic has to cater for energy bills, i.e., artificial light and air. However, online retailers offer a ready-made system of aeroponics at affordable prices, thus making the farmers save their costs.

Placing the system indoors is beneficial since it reduces plant pests, water runoff, or even water evaporation costs. The statistics show that the US uses an estimated 80% of the water from either surface or groundwater in agriculture. This aspect shows how much the country can experience loss in natural occurrences. When farmers transition to the aeroponics technique, it will contribute to the long-term conservation of natural resources and the utilization of better financial plans.

For centuries, soil-planting has been the most widely used method and entails simple steps to plant your plants. Although the aeroponics systems seem challenging to handle, they are easy to handle once growers understand the routine and requirements. In this case, aeroponics maintenance requires a grower to only set a timer after applying the nutrient solution. One has to change such nutrient solution after two weeks since the roots are automatically misted with the solution.

On the other hand, the traditional method involves plants obtaining nutrients or water from the soil. The farmer or gardener will only have to ensure the plants receive adequate water and nutrients and are available in the soil. Such an aspect will entail having soil tests and the addition of fertilizers to amend the soil.

In addition, soil plantation is easy to handle since the plants receive direct sunlight with minimum supervision and zero bills. The Aeroponics system lacks direct sunlight unless applied outdoors; the farmer will have to provide light and air; artificial light such as fluorescent light and a fan for air, and avoid stagnant moisture.

Soil-planting involves multiple pests such as insects, weeds, and disease, which most likely will affect growth and plant health. Farmers need to observe the techniques and methods when dealing with pests or diseases since it is impossible to sterilize the soil. Apart from the pest problems, farmers also need to look out for ways of preventing damages imposed by rodents, deer, feeding birds, and known wildlife animals. However, in an aeroponics system, one has to deal with only fungal infections or occasional insects, resulting in a lack of enough air circulation.

The controlled environment in the aeroponics system ensures the plants receive optimum necessities for growth, i.e., light, air, temperature, and nutrients. In this case, the plants can grow faster compared to soil-planting since they use zero energy to access such aspects. The plants will acquire more nutrients more quickly, thus boosting their growth rate.

In contrast, weather variation, temperature, and soil nutrients lead to the stagnant growth in soil planting. Such an aspect contributes to multiple variations of growth rate in soil plants and their vigor due to limited nutrients. Also, soil plantation entails ever-changing weather and temperature that affects plants' health and growth.

The Aeroponics system reduces transplant shock by controlling the root zone; the growing seeds experience zero wilting or stretching when forming roots. However, this aspect makes the aeroponic plants grow faster by almost 40% against soil-planting. For example, a farmer can produce six cycles when planting tomatoes yearly compared to soil-planting, resulting in one or two cycles.

Traditional growing requires one to have a large piece of land due to its mass needed for farming. If one has enough space, soil plantation could work well and offer a window for optimum utilization, thus attaining multiple spaces with different types of crops.

However, the aeroponics system offers a vertical design that farmers can utilize to minimize their available space. Also, the system works well for growers who aim at acquiring large profits by having multiple or variety of crops with less space. One can use trellises to plant vertically and avoid the stress of setting up a soil-planting garden or area. In this case, as a modern planting, aeroponics reduces stresses for farmers; thus, it is not demanding.

The traditional method requires more tending on the crops with the addition of composites or fertilizers to boost their production. In this case, the farmer will have to do away with pests that might affect plants' health and utilize an approach that will interfere with the production. Also, traditional methods depend on specific weather; hence its yielding capacity is not stable.

Though aeroponics crops require less tending, they provide massive production. Currently, the world's food production would improve significantly if farmers could widely implement such a system. Countries that experience food shortages can implement the technique, thus achieving high yields in productivity and efficiency. It is possible to refer aeroponic method as a game-changer since it portrays the future of farming in different parts of the world.

The following are examples of fruit crops and leafy vegetables that could result in higher yields when using an aeroponic system:

Aeroponics and soil-planting have significant differences shown above. Aeroponics portrays a promising technique that offers a suitable and sustainable solution for farmers to grow their crops. I can recommend growers to utilize the aeroponic technique though it falls under the availability of resources and one's preference. However, if one needs a long-term environmentally friendly solution, the aeroponic system is the way forward.