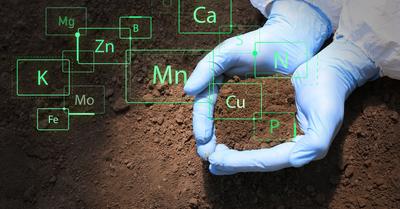 Soil vs. dirt – you've definitely used these two terms interchangeably, but is there a difference between the two? And if so, what is it?

The main difference between the two is that soil is alive while dirt is dead. Soil contains naturally inherent nutrients and minerals that promote life, making it an ideal planting medium. Dirt lacks the minerals, nutrients, and biological organisms that can be found in soil.

Here, we will discuss the most important distinctions between soil and dirt, as well as how they are used in relation to their attributes. One may mistakenly believe that soil and dirt are interchangeable since they look so similar to the naked eye — however, scientists and gardeners will strongly disagree.

If you are working on your green thumb, you are at the right place. This guide will help you identify the key differences between soil and dirt. We have the privilege of working alongside expert gardeners and farmers who know their stuff. So, read on!

Many people believe that soil and dirt are the same thing, but they're actually not. According to soil ecologists, there are some major differences between dirt and soil, and it's critical that we manage these differences appropriately for our environment and civilization. Nonetheless, we're taking the effort to define and distinguish them.

Soil is an ideal gardening material since it is high in nutrients and bacteria. Living species, such as bacteria, insects, fungi, worms, and organic debris, thrive in soil, which basically means that there's a whole living ecosystem in any bit of soil. It's a full-fledged, self-contained environment. Soil is made up of clay, silt, sand, and the excrement of organic life, which acts as organic manure. When these organisms die, their bodies decompose into compost, which subsequently decomposes into organic manure.

Texture and structure are created by the various particle sizes, which contribute to aeration and drainage. The color of the soil reveals its mineral richness, and the qualities of various soil types are used to describe them.

Dirt, on the other hand, can be rocky. When soil gets on your hands or clothes and leaves the garden, it is displaced and turns into what we know as dirt. Sand, silt, and clay make up dirt, which can even become rocky as time passes. When it comes to dirt, there are no worms or fungi, nor are there any minerals or nutrients, unlike a handful of soil. Dirt lacks texture and structure and does not become compact when wet, unlike soil, which forms spherical clumps when damp.

Dirt is highly susceptible to erosion and run-off. It is lifeless and incapable of supporting organisms. It is devoid of any beneficial nutrients or bacteria that are necessary for optimum plant growth. Basically speaking, you cannot grow a plush, green, colorful garden in dirt.

Dirt is entirely decomposed and can only be utilized as a planting medium if it is supplemented with organic matter from the outside. This additional organic material aids in the provision of essential components such as food and nutrients for plant growth.

When it comes to growing a healthy plant, the quality of your gardening soil is crucial. No matter how much effort you put into nurturing your garden, it won't be able to get adequate nutrients from its surroundings if the soil isn't good. There are various kinds of soil, each of which is ideal for a variety of crops.

The texture of sandy soil is comparable to that of sand, and it has a gritty texture. This type of soil is simple to work with. It drains quickly and dries quickly, which is a massive benefit if you live in an area where it rains frequently. However, because most nutrients are discharged during wet weather, this sort of soil is deficient in nutrients.

Clay soil has a higher concentration of clay in its composition as opposed to other soil types. As a result, when moisture is added to clay soil, it becomes sticky and lumpy. Even though the potting mixture is packed with nutrients, it becomes rock hard when dry, making it difficult to grow anything in it.

Silt soil has a soft feel and is easy to compact when wet due to its ability to retain moisture. This potting mix is high in nutrients and organic matter, making it simple to grow a wide range of crops. The soil's drainage, on the other hand, is a problem because of how efficiently it holds rainwater.

The texture of chalky soil is similar to that of chalk. It has big grains and a stone-like texture and formation. Chalky soil drains quickly, necessitating the addition of humus to promote water retention. However, since the soil is naturally alkaline, it can cause yellow foliage and stunted development.

Because of the high peat concentration, peat soil has a wet and spongy texture. It's also darker in color and more acidic, resulting in lower nutrient content. Peat soil can also hold a lot of water, necessitating the use of drainage systems.

With an almost uniform combination of clay, sand, and silt, loamy soil is arguably the most balanced soil you'll discover. It's moist and fine-textured, with good drainage, structure, and moisture retention, as well as being nutrient-rich.

Why Is Soil Health So Important?

The Earth's population is always increasing, and healthy soil is essential to avoid starvation. However, significant sections of agriculture are continually being abandoned due to soil degradation. It is critical to preserve soil health to meet the food needs of future generations.

The varieties of crops that can be grown are likewise more diverse when the soil is healthy. Healthy soil also tends to result in economic stability because a wide variety of crops can strengthen the economy. We can ensure that future generations will benefit from good soil by treating it with care and safeguarding it in every way possible.

Soil vs. Dirt - Which Is Better?

Soil is always preferable to dirt at any given time. This is because dirt cannot be used to grow plants on its own. Dirt is lifeless and unable to support life since it lacks the essential elements for plant growth. On the other hand, soil is abundant in minerals, nutrients, and organic material that are necessary for life to grow.

You can see numerous nematodes, protozoa, earthworms, fungi, and billions of minute bacteria under a microscope if you examine even a handful of soil. All of these organic materials help improve the soil's condition, making it more suitable for planting.