Peonies have a romantic symbolism and are a sought-after garden addition. Understanding their preferences is key to introducing them into your garden.

Peonies native to Asia, Southern Europe, and North America have been a staple of floral mythology, celebrations, and our gardens for centuries. Introducing peonies into your garden will add a romantic visual centerpiece and a trove of options for creating bouquets. Not all peonies will thrive in all parts of the United States. Understanding their preferences and needs is imperative in successfully growing peonies.

When looking for the proper Peony bloom to add to your landscaping, knowing what climate each thrives in, the color palette it will yield, and its preference for water and soil will help make its establishment a success.

We have dived into the history of Peonies and the different species of Peonies commonly grown in the United States to give you the best guide for growing your own with maximum success.

‍Different Types Of Peonies and How To Choose

Before we discuss the six types of peony blooms, we'll first lay out this intriguing flower's history.

The History Of The Peony

Peonies have centuries of history, having been both a staple of Greek Mythology and a hallowed place as China's national flower.

In Greek mythology, the physician to the gods, Paeon, upset his mentor Asclepius after he extracted a milky liquid from the root of a peony that cured Pluto. Asclepius, jealous that his trainee had stolen his healing thunder, threatened to kill him. Ultimately, Zeus spared Paeon by turning him into a flower- the peony.

Peonies have been a staple in Chinese gardens since 1000 BC traveling to Japan by the 8th century. Both countries used peony roots as natural medicine, which was thought to help with asthma and relieve pain after childbirth. The peony finally arrived in North America in the 19th century as an ornamental plant by way of Europe.

How To Use Peonies In Your Garden Landscape

These bold blooms will work as a spectacular centerpiece in many areas of your garden landscape. The peony makes a beautiful addition to borders, planters, and flower beds.

Keeping height, color, and bloom times into account can help you forecast the look of your garden well in advance. Peonies come in a palette of colors that have been encouraged with hybridization for centuries. Popular colors of peonies include: blush pink, stark white, and bright red.

Woodland peonies are the first to bloom in the Spring and have a low growing profile. Even when not in bloom, they provide lush green foliage off-season.

Tree peonies are woody perennial shrubs that bloom in early Spring after the Woodland peony. Their giant blooms create dinner plate-sized flowers that will need a lot of space to shine.

Herbaceous peonies are the most well-known variety and will make the best bouquets. They require the most full sun out of all peony varieties and will bloom in the transition time between Spring and Summer. Like the Woodland type, they will give vibrant green foliage off-season.

Peonies are usually sold as three to four year old bare root tuber cuttings. Planting them is easy work in either a garden bed or pot; with a little and with some planning and care, you'll have magnificent blooms in no time.

Best Practices To Grow Your Peonies:

Single bloom peonies have just a single row of petals making them the daintiest of the peony types. They also produce distinctive carpels and pollen-bearing stamens that protrude from the center, often in a contrasting blast of yellow.

When used in floral design, they mimic a delicate poppy-like form. Many single bloom peonies are hybrids which means they are likely sterile and lack both seed production and pollen abilities.

Single bloom peonies might seem delicate, but they are known for their remarkable ability to withstand rain.

The Japanese Bloon Peony, also known as the "Imperial Form "Peony, gets its name from where it originated; the emperor's garden. Another common name in Japan is the "tree peony." They were brought to Japan from Chinese cultivars in the 8th century by Buddhist Monks, where they became a symbol of nobility and fertility.

The Japanese Bloom Peonies are highly sought after by gardeners for their unique form, which features large blooms that can sometimes be 8-12 inches in diameter. These showy peonies are mid-season bloomers with peak action around the beginning of June. Most Japanese Peonies grow on hardy woody stems and produce a fragrant aroma, making them an excellent cut flower for bouquets.

This ring of petals around the center's easily identifiable "peony ruffle" makes it a great addition to your garden or for bouquet creation.

A subcategory of this peony type is the "Anemone Bomb Peony," where the outer guard petals are elongated and more prominent.

Compared to other types of peony blooms, the Anemone Bloom is typically shorter, and staking is needed. Therefore, these types of peonies are also considered early bloomers.

There are several subforms of this type, including Chrysanthemum, Lotus, and Rose, with varying appearances in the pistil, stamen, and petal presentation.

Most Semi Double Peonies are very heat tolerant, unlike other varieties that do better in cooler climates.

Full Double Bloom Peonies are by far the most sought-after form of peony for gardeners. They are distinguishable by their abundant, full appearance. This is due to their pistils and stamens being converted into wide decorative petals. Stamens will still produce pollen, but you will have to search deep down into the bottom of the bloom to locate them.

Unfortunately, the density of petals also makes them susceptible to collecting extra water and falling over with the extra weight. To prevent this, gardeners can implement a "peony cage" or choose a compact or strong stemmed variety to combat this risk.

As with the Semi-Double Bloom Peony, the Full Double Peony has other subforms, including Crown, Semi-Rose, Full Rose, Hundred Proliferate, Golden Circle, and Triple Decker.

Aside from having large abundant blooms, they are also known for their bushy foliage which creates large bushes and produces strong stems. 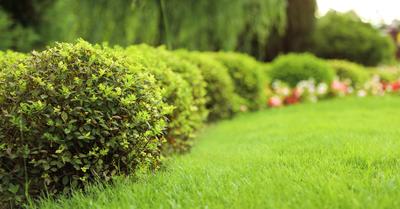