When are Succulents In Season? 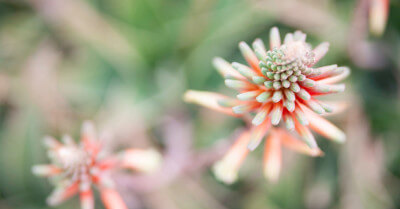 Although succulents are often grown indoors, succulents still have particular seasons when they grow faster, bigger, and healthier.

It is essential to know when your succulent is in season because that will be the time of the most growth. Succulents are often in season in the late spring and early summer, just like many plants. Even if your succulent lives inside, it will be positively affected by warmer weather.

I have spent time living in both dry, warm climates as well as cooler, wetter environments, and I have learned that succulents will go into season either way. The time of year, however, can vary from place to place, climate to climate, and house to house. The tips and tricks below are what I have learned from growing succulents in different areas across the US and what patterns I have found as to when succulents are in season.

Where are succulents native to?

Succulents are native to mostly dry, hot, and sunny areas. Succulents are known for living in desert areas because they are drought deterrents which means that they are able to survive for long periods of time without water. Succulents are able to survive with minimal water because they store water in their stems, leaves, and other foliage. The largest succulent in the world, the Baobab Tree, is native to East Africa. The Sedum morganianum, more commonly known as the Donkey's tail, or Burrito's Tail, is native to Mexico. The Echeveria Succulent genus, which has about 150 different species, is host to succulents native from Texas to Argentina. Other succulents are native to areas such as South Africa, Arizona, New Mexico, Australia, and more.

What is the best environment for a succulent?

In order for any plant to go into its peak season of growth, its growing conditions have to be just right. While time or year and season of the year do play a large part in when a succulent is "in season," it also requires the correct soil, light, and water. Succulents need to be in their ideal environments to thrive. If you want your succulent to grow like it is in season, you need to adjust your care and home environment to match your plant's native environment. While Dry, hot environments are the general climate for succulents, each one has slightly different care needs. Below are nine different kinds of succulents, their 'best' environment, and when they are in season.

When is my succulent in season?

Aloe is not only a succulent but a Genus of plants with many different species of succulents.  The Aloe genus is native to Africa, in particular east and southern Africa, as well as Madagascar and southern Arabia. This genus as a whole enjoys hot, arid climates with high sunlight. Many medium and large species need full, direct sun during the day, while some smaller species are more well adapted to less light or partial shade. While the light requirements of a succulent vary, they all require relatively warm conditions and do not enjoy excessive rain. These succulents will grow as house plants as long as they get the proper amounts of light.

Aloe, like many succulents, is in season in the late spring and summer. All species go into season at slightly different times, but the Aloe plant you keep in your kitchen window will likely be in season in the mid-summer when it gets the most hours of sunlight every day, and it is warm in temperature.

Sempervivum Tectorum is a flowering succulent native to southern Europe. These succulents are very cold, hardy, and stay green throughout the entire year. Commonly known as Hens and Chick, Sempervivum Tectorum will reach up to 6 inches tall and 12 inches wide. It is known as Hens and Chicks because mother plants will produce a plethora of baby plats or chicks. This particular succulent goes into season in the warmest months during the summertime. They enjoy full sun but will tolerate shade, especially afternoon shade, in scorching environments.

A string of pearls does enjoy high light for most of the day. If you put a String of Pearls in a mostly shady area, it will not produce new growth. These succulents are easy to propagate by simply burying an attached node into the soil. Over time, your String of Pearls will produce new roots from that node, producing more foliage to make your plant fuller.

Zebra plants enjoy indirect sun and partial shade, making them perfect for apartments and other types of indoor growing. They are in season and produce flowers during the late summer or early Autumn. While they may not always make flowers when grown indoors, you should notice that your Zebra plant is growing more than usual during the late summer or early Autumn when they are in season.

Kalanchoe Tomentosa, more commonly known as a Chocolate Soldier, is a species of succulents native to Madagascar. These succulents have tender, rounded, fuzzy foliage and produce 12 inches offshoots of flowers when in season. These plants enjoy full sun, excluding the afternoon, and do not like to be watered very often. This is another typical house succulent and often does not seem to bloom indoors because it is not getting enough sun. In order to take advantage of its summertime season of growth, it must be close to a window. Without proper sunlight, this succulent will not go into season, will not produce flowers, and will likely grow very slowly.

Hawthornia is a genus of small succulents native to southern Africa. This genus has many different species within it but traditionally looks like a mini Aloe plant. These succulents are exceptionally hardy and will grow nearly anywhere. They produce the most growth during the early summer in warm climates. They are able to tolerate lower temperatures, shade, and occasional rain. Their growth period is from April- November, but they grow less rapidly during July and August due to high sun and drought.

Lithops, more commonly known as Living Stones, are succulent that resembles a rock. These succulents are extremely drought tolerant. They will produce flowers during the wintertime on occasion, and the wintertime is a significant period of growth for the Lithops, although you would not know it because this growth is hiding under the surface of the existing head. During the summertime, the old head will slide back to reveal the new development. After some time, the old head will dry up and die, leaving behind only the new growth. Lithops typically never have more than two heads at one time and remain a consistent size their entire lives. You will know your Lithops is in season when the head begins to slide back to reveal the new growth that was formed during the winter.

Sedum is a genus of succulents, while Sedum Spurium is a particular species known as Bronze Carpet. This trailing succulent odes best when it is able to grow across the ground like a carpet. This is a cold-weather tolerant succulent that grows in the MidWest United States and can withstand a temperature of negative thirty degrees. During the winter, this succulent has a bronze hue while turning a deeper green during the summer months. This succulent goes dormant during the wintertime but sprouts back each spring and produces new growth.

The Graptosedum California Sunset is a magnificent red succulent that has a similar rosette shape to an Echeveria. It can range in size but is often 5-8 inches tall and 4-8 inches wide. This succulent has very typical requirements for growth. It enjoys hot, dry climates and can go weeks without watering. If you are housing this plant indoors, do not overwater it as overwatering can quickly kill this succulent. The California Sunset succulent is in season in the springtime and sees the most growth in April and May.

While many succulents are known for being high light, warm-weather plants that are always in season in the late spring or early summer, there are quite varying degrees of conditions that succulents enjoy. As we saw above, some succulents can be in season as early as April and as late as November, while others have a very narrow window of growth that may only last a few weeks. Succulents such as Lithops are actually producing new growth year-round, even if you may not be able to see it.